In developing the Fuseworks platform, we’ve talked extensively to communications experts about their media monitoring practices. We’ve listened to a lot of views on the importance of monitoring various media types and we’re hearing that many are choosing to focus their monitoring on digital media because “everything important goes online”.

So, exactly how much unique content is published in print and online? What is the crossover?

We found some analysis Media Monitors did in March 2010, but we suspected the picture would look quite different today. We’ve repeated that analysis using the same methodology and it turns out – two years is a long time in media.

In two years there has been a major shift in the channels used by media companies to publish news. 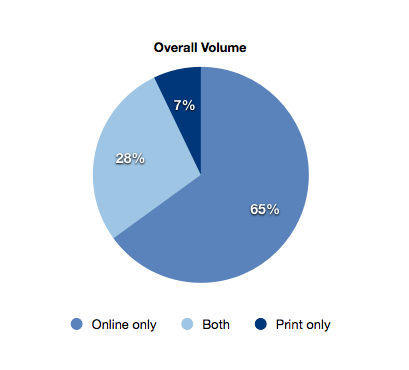 This is a complete about face since 2010 when Media Monitors found that only 28% of items were unique to the online version, while 60% of the articles appeared solely in the newspaper and only 12% of the articles analysed appeared in both print and online.

In the space of two years the amount of unique online content has grown from 28% to 65% and conversely unique content in newspapers has reduced from 60% to just 7% as ‘digital first’ strategies have taken hold.

The New Zealand Herald had the most shared content between the print and online versions (48%). This was also the case in the Media Monitors analysis but the percentage increased considerably from the earlier 22%.

The Fairfax publications shared similar proportions, however The Dominion Post had a higher percentage of shared content partly because they publish ‘Letters to the Editor’ online and the Waikato Times and The Press don’t. It’s worth mentioning that while we counted ‘Letters to the Editor’ in print, we excluded reader comments online. 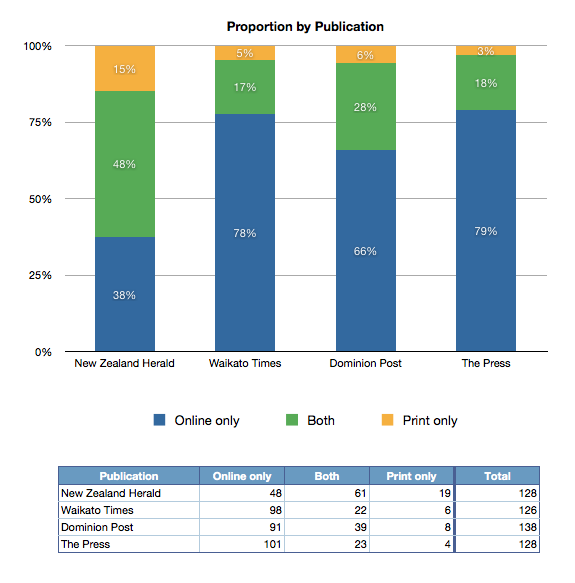 Telecom had the highest proportion of unique print content, however this was inflated by several ‘Letters to the editor’ and ‘In Brief’ mentions surrounding Paul Reynolds’ big payout.

It’s interesting to note that while some print content wasn’t published on the corresponding website, sometimes the content was from a newswire service and was available online from other sources. Telecom and Meridian figures were affected by this due to sharemarket commentary which was available elsewhere. 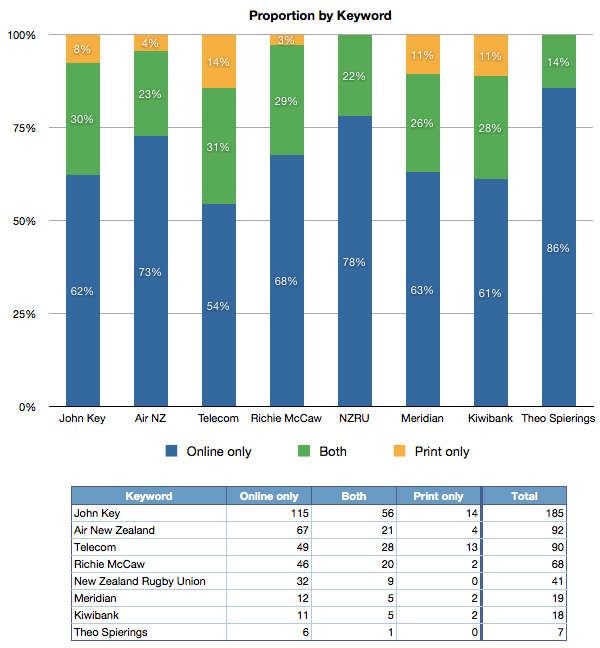